skip to main | skip to sidebar

Music To Drive By

While I was driving to Memphis I was listening to iPod through my stereo. I choose at some point along the way to listen to the Moody Blues. The first song was Ride My Seesaw. It brought back memories of my first car and Pepperdine.
My first car was purchased the summer (1972) after my freshman year at Pepperdine (no this picture isn't my car but same year and model). I was working at McDonalds from 10:30am to 5pm. I also cleaned the base library from 8-10am. I was making minimum wage, $1.65 a hour. My Dad found a 1965 Corvair Monza that a friend of his was selling. We paid $450.00 for it. I paid $250 and Dad paid $200. It needed a paint job so I wet sanded it. Dad secured a paint booth on base, we taped it, and he painted it dark green. It was a great paint job. I loved that car. It had a 4 speed, dual side fiberglass mufflers, and the best sound a 19 year old could hope for with limited resources.
I bought an 8 track tape player to listen to the music I wanted rather than the radio. Don't know what all I did for speakers but I'm sure I had some. When I left for Pepperdine at the end of summer I headed down Route 1, Pacific Coast Highway, and cued up Ride My Seesaw. I knew it was a high energy rock song and it would sound good as I drove out of Lompoc. It turned out to be a fabulous song to leave Lompoc and head for college. That became my routine every time I came home and then left to go back to Pepperdine, play Ride My Seesaw by The Moody Blues. So I really enjoyed listening to that song on my trip to Memphis. Great memories and great music.
So what songs do you like to listen to while driving?
Posted by Bob Bliss at 8:45 PM 6 comments:

Today I was reading Luke 1 in my daily reading. Luke records that Elizabeth was of the daughters of Aaron (Lk.1:5). Later Luke records that Mary is a relative of Elizabeth's (Lk.1:36). That seems to me that Luke is either hinting or stating that Mary is also of the daughters of Aaron or at least connected in some way. Leon Morris in his commentary on Luke (Tyndale NT) says that Mary must have been of Levi and of Judah otherwise Jesus could not have been a son of David and thus a legitimate heir to David's throne as the messiah. Yet, both Luke and Matthew show that Joseph definitely is a descendant of David's (Luke 1:27; Mt.1:16) but don't really state anything about Mary other than she is a relative of Elizabeth's. Is it possible that Jesus' blood lineage is of the tribe of Levi through Mary and his adopted lineage through Joseph is of the tribe of Judah and thus David? Has anyone read anything on this subject?

I had been wondering if this was what Zechariah meant in 6:13 when he says that the messiah will be a priest on his throne combing the offices of priest and king. But I realize that Jesus is not a priest after the order of Levi but of Melchizedek (Heb.6:20). I'm now wondering if perhaps Jesus came as a legitimate heir to Aaron as high priest but instead becomes a different priest altogether and thus effectively ending the Levitical priesthood by accepting an appointment to another priesthood. Again has anyone read anything about this or am I just all wet in regards to this subject?
Posted by Bob Bliss at 11:14 AM 13 comments: 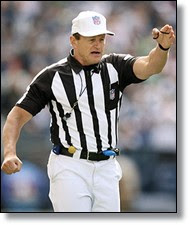 Do you know this fellow? His name is Ed Hochuli. You can probably guess that he is a referee for the NFL by his uniform. Before I tell you a story about him, let me tell you what I've learned about the NFL referees. Some of you may already know this but it was a revelation to me. Of course if I had thought much about it I would have guessed.

After each NFL game each week, about 8 hours is spent on each game analyzing each referee's calls. They are given a score for each call and an overall score for the year. Only the refs with the highest scores are invited to ref the post season playoff games. Those refs with consistently low scores are soon let go if they don't improve. Ed has always been one of the highest scoring refs. I didn't realize that the NFL invested so much time in the refs' calls. This makes sense because a team could make a lot of money going to the playoffs and then winning the Super Bowl. A ref's calls in September will affect who goes to the Super Bowl in February.

Last September when the Denver Broncos were playing the San Diego Chargers, Ed was one of the refs. Near the end of the game the Denver quarterback went back for a pass and fumbled the ball. Ed blew his whistle and called it an incomplete pass, allowing Denver to keep the ball. Denver went on to score and win the game. Ed knew immediately after his call that he was wrong. He even went over to the San Diego coach and admitted it. However, in spite of his apology it was not a reviewable call and couldn't be changed. The San Diego fans were not happy.

The fans flooded Ed's office with angry phone calls and emails. They wanted him fired. Ed began to respond to the emails, one by one, apologizing for his bad call. Word got around and then his office was flooded by even more calls and emails (over 20,000) thanking him for admitting his mistake. Credibility is gained when we admit our mistakes and not cover them up. What a story!


I saw this on Comcast's main page. It seems this Belgian teenage girl walks into a tattoo parlor and orders three (3) stars to be put on her face. She falls asleep and then wakes up to 56 stars! The tattoo artist claims she ordered that many. She says no. She threatens to sue him for the cost of removal. Apparently he has agreed to pay for laser removal. He says he has a witness to testify to her asking for the star and approving of his work afterwards. It was only when her dad saw the stars that she claims she didn't ask for that many. Notice the amount of tattoos on the tattoo artist in the video.
Posted by Bob Bliss at 2:34 PM 6 comments: 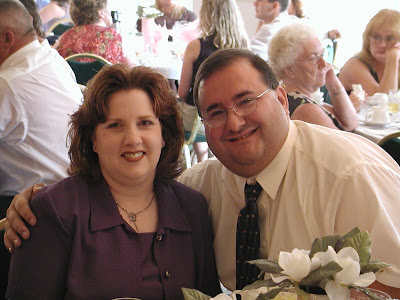 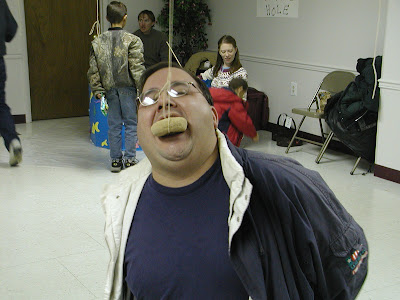 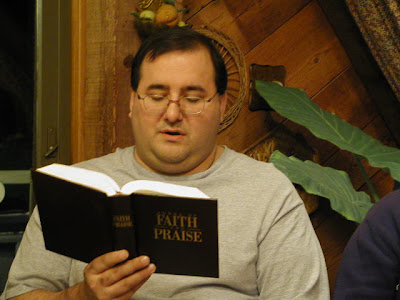 A friend and brother in Christ has gone to be with the Lord, John Baldwin. Even though it's been almost 3 years since I've seen John, I miss him. If you didn't know about John's death you can leave a comment at a blog dedicated to remembering John here. John was a good guy. He had a big voice and big heart.
Posted by Bob Bliss at 11:50 PM 1 comment: 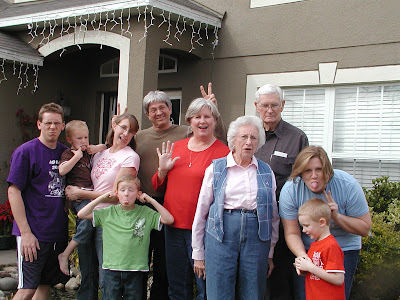 This is what Christmas does to you.
Posted by Bob Bliss at 1:30 PM 8 comments:

Bob Bliss
Mount Dora, Florida, United States
I've been in full time ministry for over 30 years (one year of youth ministry and the rest in the pulpit) with four churches. I'm married since 1976 to Pat. I have three grown children and three grand sons.